If you want to escape the winter cold in Europe in December, the island of Cyprus is one of the top destinations to do that. Read on to learn why!

We had been to Cyprus in December 2020, and we did it again in 2021. We’ve spent most of the month there. And while it’s generally a rainy season at this time of the year, we still got lots of sunny days. December in Cyprus is what early spring looks like in most of Europe.

Indeed, the rain that falls here in winter is a high time for local flora to refresh. So when everything dies down in the continent for the cold season, it’s the opposite in Cyprus — it’s never as green as in December and the “cold months.”

On the other hand, the low season as far as tourism means fewer things to do while there. Although there’s still plenty, and fewer tourists mean less crowded attractions. It’s the ideal time for a relaxing getaway with the family.

Here’s what you can do in Cyprus in December.

The Weather in Cyprus in December

The Winter season starts here at the end of October. It may rain at times, but usually, there is sunshine. Meteorological statistics indicate that December is the wettest month of all in Cyprus! Usually, rain falls for at least one day every week. Disturbed weather periods may last for several days at a time.

In general, December is warmer than January and February. About half the days are dry and sunny, with a temperature of about 15-25 °C. Even during the day, when it’s warm outside, nightfall brings cool air from the sea, so be prepared for chilly weather at night.

In the mountains, temperatures vary from day to day but rarely drop below freezing during the winter months. Troodos gets snow this time of the year (yes, it snows in Cyprus!). There may be some chance of hailstorms too. Frosty mornings are common inland but seldom severe.

How to Prepare for a Trip to Cyprus in December

It’s something worth considering when planning for a trip. Here is a list to help you prepare for a trip to Cyprus in December. Carry everything you need for your vacation and be prepared for any eventualities.

Temperatures in December are cool, but you might experience some rain during this season. During Christmas, people celebrate with lots of parties and celebrations. This is the most important holiday for Christians.

People will be busy shopping, decorating their homes, and attending parties.

The best way to explore Cyprus during the winter months is to rent a car. With a rental car, you can travel wherever you want in Cyprus.

Cyprus winter holidays offer a variety of activities. If you plan on visiting Cyprus during the winter months, you should consider taking advantage of these activities.

There are many things to do in Cyprus in December. The weather is generally pleasant and mild.

Top Things to Do in Cyprus in December

Cyprus has many beautiful places to visit during December. There are plenty of things to do in Cyprus during the winter months. Here’s a shortlist:

However, take note of the weather conditions in Troodos. Because snowfall is a possibility, you have to be cautious when you go there. Because most rental cars are only equipped with all-season tires, snow chains may be necessary during extreme situations.

Many people wonder whether it is good to go skiing in Cyprus in December. The answer is yes because you’ll enjoy your trip even more than usual. You’ll get to see the snow-covered peaks of the Troodos Mountains, which are often covered by heavy fog. Also, you’ll be able to take advantage of the many excursions that aren’t possible in the summer.

Can You Swim in Cyprus in December?

Most beaches in Cyprus are safe to swim in. However, you must wear appropriate clothing while swimming. Even though the water is relatively warm, it can still be dangerous. If you’re visiting Cyprus in December, you should check the local news to see what warnings are issued regarding swimming.

Christmas is a big deal in Cyprus. People decorate their homes with elaborate decorations and flashlights. There are also Christmas trees and nativity scenes. Christmas day is family time. Things close down until December 27th.

In addition, in December, Cypriots celebrate the New Year. They begin preparations in November. Their houses are decorated with olive sprigs and ribbons. People walk around in costumes of St. Basil the Great (Cypriot Santa Clause).

Christmas trees are set up in the resorts, and festivities and fireworks occur around them.

Which is the warmest part of Cyprus in December?

Larnaka is typically the warmest part of Cyprus in December, but most of the island’s southern coast enjoys mild temperatures rarely falling below 15 degrees C during the day.

What is the best month to travel to Cyprus?

If you want to avoid the crowds, December is the best month to visit Cyprus. Because of the low season, prices tend to be lower than in July and August. The weather is usually pleasant throughout the year. However, winters in Cyprus can be chilly. Be careful when driving at night. Heavy rain can cause flooding and landslides. November is another good time to visit Cyprus. The weather is usually milder than in December.

How much does it cost to rent a car in Cyprus?

Renting a car in Cyprus costs between $40 – $100 per day. Prices vary depending on the type of vehicle you choose. For example, renting a small car will cost less than renting a large car.

Christmas celebrations in Cyprus are similar to those in other countries. People celebrate Christmas by going to church services. Families often exchange gifts and attend parties. Many people decorate their homes and put up lights and Christmas trees.

Liked this article? Check these out: 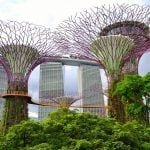